BEHOLD, HOW GOOD AND PLEASANT
IT IS FOR BRETHREN TO DWELL
TOGETHER IN UNITY!    PSALMS 133:1

Friday, September 6 – WORSHIP NIGHT – 4pm to 8pm
General Admission is FREE.  New Reserved Seating section - $20 each or $15 for a purchase of 4 or more.  Tickets are selling fast!  Parking is free.

GraceFest returns for its 12th year building on a great annual tradition for Antelope Valley residents.

GraceFest is a Christian music festival featuring national and local Christian artists and worship bands. The Lord, Jesus Christ is the star of the show, so join us in uniting together as one through worship and praise!  We invite you to come out and join in the fun, excitement and relaxation of being with family and community in the late summer of the Antelope Valley.

GraceFest Worship Night proudly announces this year's headliner - JEREMY RIDDLE plus more to announce soon!  Food concessionaires and vendors selling goods and services will be open during the event. The kids area and The Zone youth stage will not be open.

General Admission is free, please bring your lawn chairs or blankets for seating on the grass.  The new Reserved Seating area provides a chair up front with a paid ticket of only $20 ea. or $15 for a purchase of 4 or more.  Event shirts sales and last minute tickets for the Main Event will be available if not sold out. Walking in with your own food, beverages, chairs and blankets is permitted.  Smoking, EZ Ups, beach tents, sharp cutlery and pets are strictly prohibited inside the venue.

Born in Mount Holly Township, New Jersey Jeremy Riddle's debut album, Full Attention, was released on March 6, 2007. It peaked on the Billboard Top Christian and Gospel Albums Chart at No. 47, and the only single released from the album, "Sweetly Broken", peaked at No. 19 on both the Billboard Hot Christian Songs and Christian Airplay Charts. It has also been used as a contemporary worship song.

In 2009, Riddle released The Now and Not Yet through Varietal Records. Riddle has stated on his website that the reason for this album is to "[create] fresh expressions of worship that both exalt the Creator and encourage and enlighten the people of God." The album has appeared on two charts, Billboard's Hot Christian Albums format (peaking at No. 15) and the Top Heatseekers (peaking at No. 11).  In 2010, Riddle released Prepare The Way: Live and in 2011, his newest album, Furious.

September of 2011 Jeremy became the worship community pastor at Bethel Church in Redding, California, where he frequently led worship. He also appears on albums by Bethel Music. Some of the songs from Bethel music include "This is Amazing Grace” and "In Your Light" from the album For the Sake of the World. "This is Amazing Grace" song was written by Phil Wickham, Josh Farro and Jeremy Riddle, and produced by Pete Kipley. Billboard named it No. 1 on the Christian Airplay Songs chart for 2014.

As a member of the Bethel music collective, he has also been showcased on a handful of Bethel albums, including 2011's Be Lifted High, 2012's For the Sake of the World, and 2016's Have It All. In 2017, Riddle joined fellow worship leaders Amanda Cook, Kristene DiMarco, Francesca Battistelli, and others for the live album Starlight.

In November of 2018 Jeremy and his family moved to Anaheim, California returning to their roots with his wife as co-pastors for worship, prayer and creative projects.

This awesome group of guys formed their renowned band in Greenville, Texas back in the summer of 1994. With the Dove Awards, and the multi-platinum success of their song, 'I Can Only Imagine', MercyMe was formed by two people named Bart Millard (front man) and Jim Bryson (former keyboard player). Bart and Jim were a part of a youth praise team together in Florida. It wasn't long before the two clicked and became friends. With the same worship team, they made a trip to Switzerland (making it one of their first shows.) with their youth band. Shortly thereafter the trip, the duo decided to do full-time ministry as worship leaders. Somewhere along the line, Bart and Jim met Mike Scheuzcher (Guitarist, backing vocals) thus ultimately forming MercyMe. The group then moved to Oklahoma which led them to create a studio and a spot for themselves to sleep. After this relocation, the very history of MercyMe's success was just waiting around the corner.

The group thus far has been [as of 2018] nominated 5 times for a GRAMMY award. Have won a total of 11 awards all from the GMAs, ASCAP, and AMAs as of 2018. In 2018 the Christian film “I Can Only Imagine” was a box office hit based on the story behind the MercyMe song of the same name, the best-selling Christian single of all time.

With their lives on the limelight, the awards they've received, and the recognition they've had from high-class producers and artists. MercyMe is just another band from another country sharing what needs to get out there; the Gospel of Jesus Christ.

Tasha Cobbs was born in Jesup, Georgia.  She is a brilliant songwriter and singer who is about to launch her own clothing line business.  Tasha started her musical career in 2010.  She released her first album named Smile on her label Tasha Cobbs.  In the year 2013 she produced another album Grace with label Motown Gospel/EMI Gospel. In 2013 her album Grace reached #61 in the Billboard top 100.

In 2015 Tasha released a new album titled One Place Live with Motown Gospel/EMI Gospel which didn’t reach anticipated heights.  Tasha’s best singles include; “For Your Glory, “Come All Ye Faithful,” “Break Every Chain,” ”Overflow,” “Jesus Saves” and “Put Praise On It.”  Her outstanding performances earned her awards from the Grammy’s in 2014.  At the 56th annual Grammy’s Tasha took home the award for Best Gospel/Contemporary Christian Music Performer.  In 2015 she also received a GMA Dove Award for the Gospel Artist of the Year.

GraceFest has three levels of onsite security.  Firstly, an experienced volunteer security team many of which have backgrounds in law enforcement, who work the interior posts.  Secondly, a private security service called OPSEC conducting all exterior duties such as bag check and guarding gates.  Thirdly, the Antelope Valley Search and Rescue team of officers in uniform and armed.  In addition the City of Palmdale assigns specific drive by's and visits from on duty sheriff's.

And finally, GraceFest has the top Security Officer of all creation overseeing His people.  Where without God nothing is good, holy and righteous, yet because of our faith we choose to place all trust and peace in Him.  "Everything" is in His hands.

The Prayer Tent has been transformed into an experiential place of ministry, healing and prayer for those who seek a touch from God. A separate prayer chapel and prayer stations offer numerous ways to express your prayer needs. For example; a prayer wall, burdens fountain, candle wall, art expression and much more. Plus personal ministry in quiet areas are available from open to close. Note that all prayer requests posted on the prayer wall and otherwise are prayed for up to 4 weeks after the event.

Introducing SAVE THE STORKS compassion ministry for the first time at GraceFest!

The Youth Performance stage aka “The Zone” is located on the backside of the hill.

The Zone headliner and local line-up will be announced soon. Christian rock and local worship band performances take place from 2pm to 6:30pm. All artists will meet and greet fans after their show at their merchandise tables.

Carry-in food and coolers are permitted for all attendees. Plus blankets and lawn chairs for sitting on are ideal, and beach umbrellas for shade. Wear warm weather clothing, hats and sunscreen. Sorry NO sharp cutlery, EZ UPS, smoking, pets or barbeques permitted.

Send us an email at volunteers@gracefestav.com 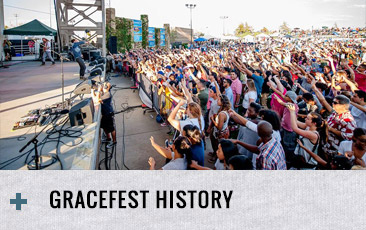 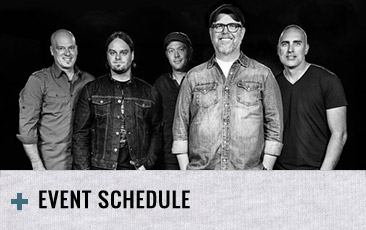 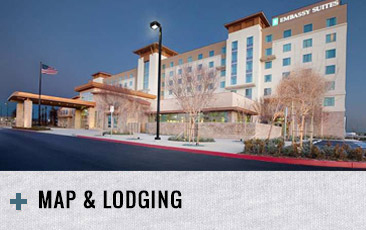